This is the story about how an old lady tricked me, stole my money, and part of my self-respect. If it would be an opinion column in a prestigious newspaper, I would name it: ‘How even a good judge of character gets tricked from time to time.”

It’s the beginning of 2020 and I am pregnant with my youngest, in the third trimester. I promised myself I would not let my wiggly belly and major weight gain incapacitate me from pursuing my goal – to advance my German language skills.

Ambition, driven by excess hormones, pushed me to not only go for a fast-paced course 3 days a week but also to take additional lessons with a private tutor. Shortly after I had decided this, I coincidentally came across an ad on a popular second-hand and small services platform and immediately thought to myself “This is perfect.”

She lived on my street, less than 5 minutes walking distance, seemed very confident and popular, and generally gave off the impression of a respectable and knowledgeable older woman. On top of that, she advertised herself as an English and German native speaker, so that was another great selling point.

Jane seemed a bit strange on the phone but I thought ‘We all have our twerks, I guess.’

After repeatedly sending texts in which she insisted I pay her upfront for 20 lessons, I told her I need to think about it because it was quite a consistent sum. I asked for a trial lesson first.

The smell of stale nicotine and wet dog tickled my overly sensitive sense of smell, as I entered her flat. A curly, dark-haired woman opened the door and literally pushed me in to her flat. She closed the door behind me and hugged me with great passion and an eerie yellow smile.

What a first impression – even though I did consider this as being off, I questioned myself and my openness towards new experiences and people, my ability to accept that not all people are reserved and shy with strangers or similar to me in many regards.

I was taking my jacket off as she started assisting me in the process and frowned upon the fact that I initially placed it on the back of the chair. She took it away with a disapproving glance while demonstrating the opposable thumb grab.

That sounded as weird and shocking back then, as it does now. But instead of making me weary of her, I immediately started to panic and take out the money from my wallet as fast as you could say “yikes”.

Jane grabbed the money out of my hand and put it  –

Yes, she put it in her bra and left it there for the whole duration of our session.

After that, she had repeated mood swings in which she would jump from talking about grammar to explaining me my partner’s actual ethnic origins, to Beethoven, being shocked that I was “highly intelligent”, to taking a 20-minute call from her brother in which she screamed to him on the phone while trying to counsel his failed marriage.

At the end of the lesson, she took out her planner and insisted on booking the next 20 sessions which I had not yet agreed upon.

“I need to sleep on it”, I said as I thought that this must be one of the weirdest human encounters, I have ever had in my life so far. And for what it’s worth, I lived most of my life at the border of a Romanian ghetto.

“There’s no need to sleep on it, your German is a mess, and you don’t have much time left, your baby is coming. I don’t mind if you come with him in the future, it can all be arranged. I can also teach you English, you need it – no one here speaks Armenian.”, she said as she opened the balcony door to chain smoke her 7th cigarette. Jane was very determined and convinced of everything she said, to such an extent that I needed 5 seconds to think twice about my native language.

Interacting with a person like that was shocking to me, even violent in many regards, it felt like abuse. I really didn’t know what the hell hit me, because I thought such people could exist only in movies and books.

How I should have reacted looking back

Send her a message, thank her for the trial lesson and move on.

Couldn’t sleep all night from the horrible energy she gave me and decided TO GO AGAINST all my gut feeling and logic and pay Jane a significant sum of money for 20 lessons upfront.

Her occasional grammar explanations were very clarifying and simple, and on top of that I thought – This will be a lesson to me about handling difficult personalities while pursuing my own goal.

Fast forward to a few days after that – I sit myself down at her round table as she nervously takes the pile of money from my hand – cash was specifically demanded. It all felt so off, that telling the story now makes me laugh – that’s how ridiculous it all was.

She counted the money as she was spitting in between her thumb and index finger – a very interestingly familiar gesture I thought belonged only to eastern European loan sharks and farmers at the market. I got a glimpse of yellow-stained fingernails and noticed that she had left her pinky fingernail longer than all the rest. Again – such a familiar sight, I never dreamed to see such a sight in this rich, white, upper-class German neighborhood.

For some of you that have not had the pleasure of ever bearing witness to this, there are people on this insanely big earth that do not trim their little finger nail, allowing it to grow longer than the rest. A few practical utilities for that include snorting cocaine, scratching the inside of your ear or belly button, and as I have later on learned, in some cultures, as for example, in India, it can be an indication of the fact that the person is not involved in manual labor, but instead belongs to the upper class.

After counting the money, Jane rolled it with great skill and stuffed it all in her bra as she proceeded to rant and teach. It was as ridiculous as it was depressing. It reminded me of starving street dogs who would die before allowing you anywhere near a dried-up bone they dug out from the garbage.

An invoice was out of the question, as “I PAY MY TAXES, DON’T YOU WORRY”. I insisted on receiving some type of proof of payment, so she ripped a piece from an old paper belonging to her daughter’s Bachelor’s study and wrote the sum on it with an old unsharpened pencil. That was it.

Then came the stories about her previously owned white Jugenstil villa and her filthy rich centenarian mother, which to my assessment seemed to be in much better health than I was. I learned not only the prepositions for Akkusativ and Dativ, but also that her closet cost 10.000 EUR, that poor people are dishonorable and less intelligent, and that Belarus was in the European Union and I should be ashamed of myself for not having known that.

Five long sessions it all lasted, each time learning to detach me more and more from her useless or outrageous comments while walking back home angrily, my hair smelling of cheap cigarettes and indoor mold. Each time killing off that part of myself that was begging me to own up to my feelings and reasoning.

The last drop came when out of too much greed, Jane had started combining my sessions with the ones of a teenager forcefully being sent by his parents to do his homework with her. He sat across from me, with a high fever and nausea forcing himself to complete his school assignment. Next to me, another poor soul from my end of the world, trying to study for a B2 certificate. I spoke up and said that this was not our deal and that I signed up for one-to-one sessions as she looked at me with pity and told me that we never agreed to that and maybe I imagined it, all while hinting at the fact that I must be mentally unstable, due to my pregnancy, origin, and class.

I ended up asking for a small part of my money back – I was even as generous as to allow her to keep more because I did not want to have the trouble of confronting her.

She promised she would send it and asked for my bank account details and email address to send me a nice audiobook to get better soon. She sent me an incorrectly written invoice to protect herself, as she refused to give the money back and that was that.

I was left feeling so frustrated and angry with myself. I couldn’t believe how I could have allowed this to happen. Why was I so scared of confrontation and speaking up when I felt someone was doing wrong by me?

To everyone reading this –

This is not just a story. This is a lesson and an encouragement.

Regardless of what you have been taught, your gut instinct and your feelings should NOT be ignored or dismissed on the basis that they are exaggerated.

This story is the effect of being taught to not speak up when you need to say how you feel.

This is the effect of tens of years-long learning not to trust what you feel and who you are.

Your feelings are always accurate and speak the truth to who you are and what you need at a specific time, in a concrete situation.

Every time you deny your feelings, you are denying yourself.

The effect of consistently doing this is killing off parts of you that are essential in your journey to becoming a whole, happy, healthy, liberated, and balanced person who is allowed to find joy and purpose in life.

Every time you deny yourself your feelings, you fall a bit deeper into the pit of despair.

Be honest and real about how you feel, first of all with yourself and secondly with everyone in your life. To whoever doesn’t allow you that, consider twice if they should have the space to be a part of your life. 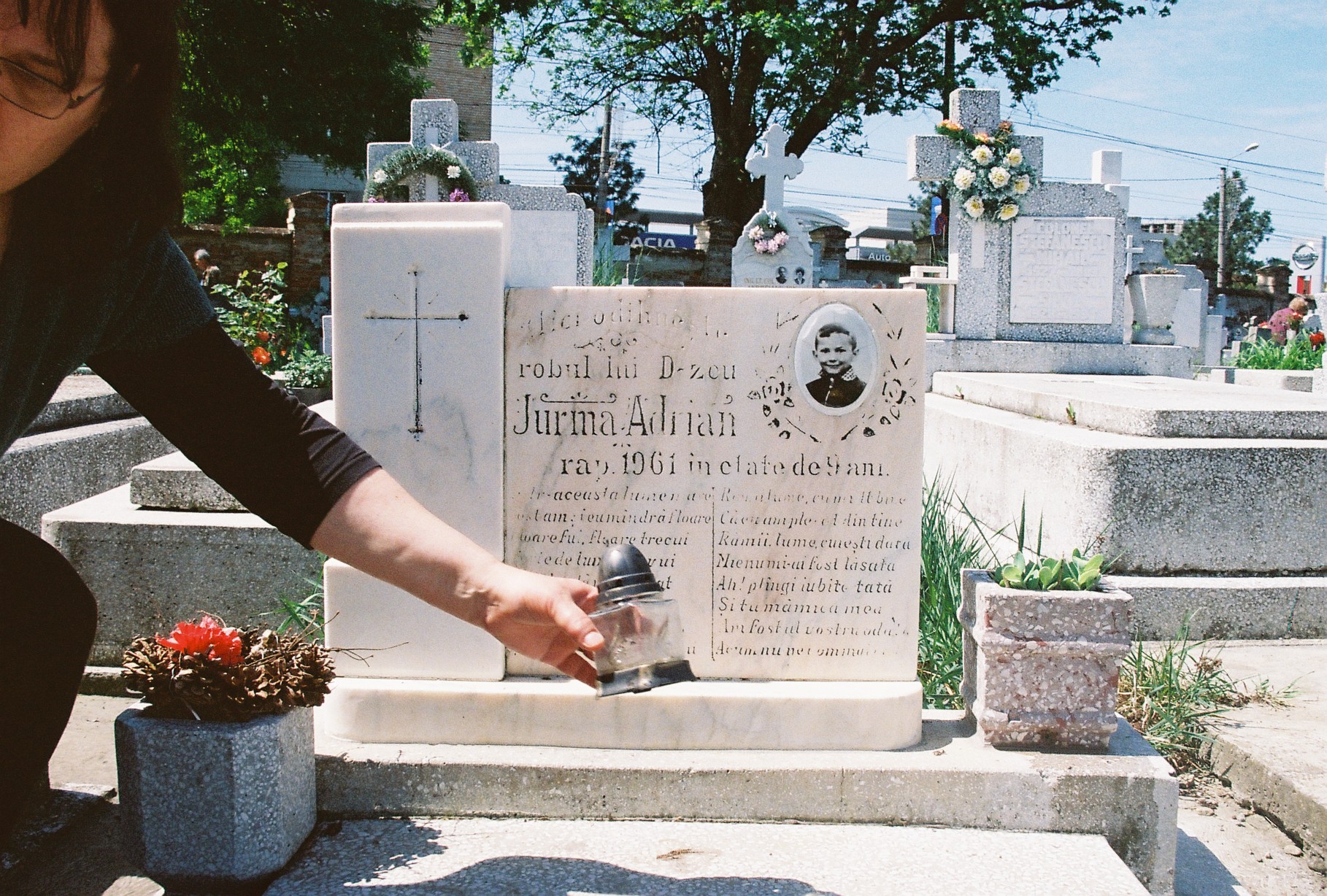